A recent study confirms that Green Source Automation’s RotaryMATE outperforms the human labor it is intended to replace.

Dairy research at universities and other institutions across the US and around the world have consistently shown that Somatic Cell Counts decrease when proper pre-milking and post-milking processes are applied to the cows. In particular, using predip and postdip has a marked impact on the reduction of mastitis and improvement in SCC.

Other studies have shown that improperly executing the pre-milking and post-milking processes will not help and, in some cases, even have a negative impact on herd health and SCC in the milk.

VDS Farms is a well-run operation that consistently has some of the lowest SCC in the country. They wanted to tighten their operation further, improve the consistency of their pre- and post-milking processes, and benefit their bottom line by replacing human labor with robotic automation.

The challenge in front of Green Source was to replace these labor positions without losing any of the effectiveness that VDS has achieved in keeping SCCs in the sub-90,000 range.

After both systems had been installed and running, Green Source and VDS set out to prove the effectiveness of the RotaryMATE EXPS at cleaning and sanitizing the teats when compared to the human labor process previously in place.

Research has proven that clean, sanitized teats reduces the environmental bacteria that can cause mastitis. While the human labor process at VDS was clearly effective, Green Source sought to prove that the RotaryMATE would perform even better. To do this, a side-by-side sampling and testing was conducted.

In all the tests that were done, the same pen of animals was tested each time in order to control for the variable of where the cows were prior to entering the rotary to be processed. This allowed for a true apples-to-apples comparison of the effectiveness of the cleaning process by human labor and by the RotaryMATE EXPS.

"ATP bioluminescence tests…are used in the food industry in order to keep food manufacturing clean. The tests are a reliable, simple, and rapid way to monitor surface contamination in the food industry and to detect contaminants in beverages or drinking water. For surface contamination testing…a pen-like device is swabbed over the tested area, then inserted into the handheld reader called relative light unit or RLU. The results are displayed within seconds and can indicate if the sample is clean or unclean… It is estimated that 80 percent of the food production facilities in North America and more that 80 percent in Europe are using this ATP testing technology for sanitation monitoring and validation of whether the processing equipment is clean enough to be used for food production."

Since the cows in the VDS rotary parlor enter head first, the front teats are farther away from the human labor and more difficult to reach. Given this variable, the ATP test was divided into two sets: one test for the easier-to-reach rear teats, and one for the harder-to-reach front teats. The surface samples were taken from the sidewalls and openings of the teats.

After the test results were averaged, the RotaryMATE EXPS significantly outperformed manual human labor in both tests.

Delivering cleaner teats prior to the milking cups being attached is a significant contributor to lowering the SCC in the milk produced.

VDS Farms has installed both the RotaryMATE EXPS and RotaryMATE EXPD robots. They have successfully eliminated two labor positions on their rotary, and they have also improved the cleanliness of the teats prior to the milking cups being attached. Both robots have played a significant role in maintaining the Somatic Cell Count at VDS at 86,000, while also allowing for the benefits of consistent labor via robotic automation.

Camille Vanpee, Director of VDS Farms, said, “We could not be happier with the high-speed robotic automation solutions provided by Green Source.  We are thrilled to be able to reap the benefit of reduced labor costs, while also maintaining the high quality milk VDS Farms is known for. The RotaryMATE has met and exceeded our expectations.” 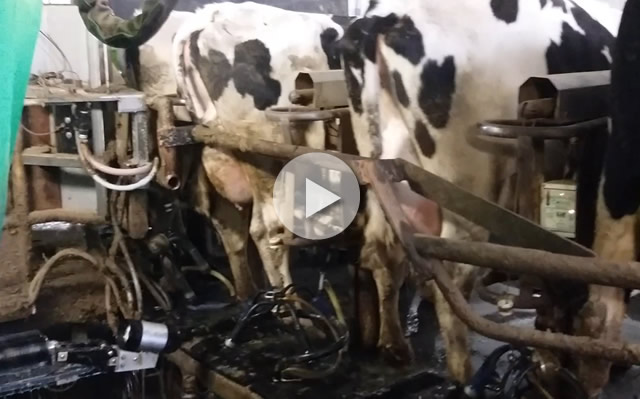 Click here: The EXPS cleans, sanitizes, and stimulates the cows prior to milk cups being attached. 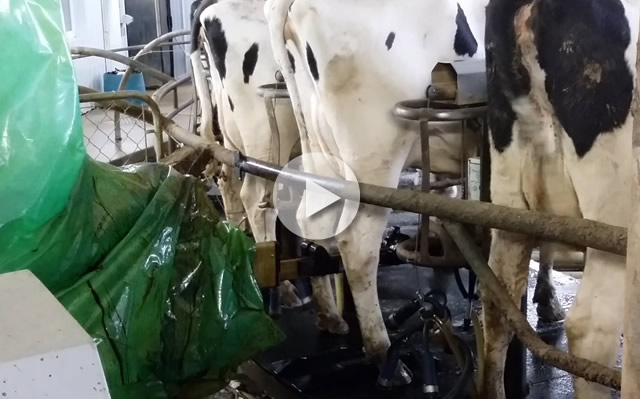 Click here: The EXPD identifies each teat in real-time and applies post-dip chemical accurately and consistently after the milk cups have been detached.

Build your new rotary with automation in mind. Green Source engineers will work with you at no charge to ensure that your new rotary is built for the future of the dairy industry. Contact Green Source Automation for a free consultation at This email address is being protected from spambots. You need JavaScript enabled to view it. or call 209-531-9163.